What are the "Alkyone Days"? 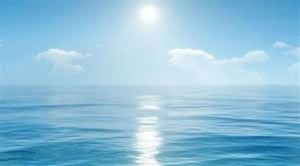 Alkyonides days are called those days of January, which have good weather and sunshine. It is an ancient Greek name, which comes from Aristotle.
Meteorologically it is explained by the equalization of barometric pressures between southern and northern Europe, while mythologically there are very beautiful stories about this phenomenon.
From a pure meteorological point of view, alkyonides days, as days of summer are explained by the fact that the latitude that lies in Greece up to the latitude, mainly in northeastern Europe, during the winter period, is the same barometric pressure (equation of pressure) no winds are generated and the weather is cold and sunny due to the anticyclonic situation.
But that does not mean that every year there are Alkyonides days. There are also years that were totally missing, as in 1947, but their start and end dates and duration are not stabile. Most commonly, however, they cover almost the second half of January. Still, others insist that they spend their 14-day days, from December 15th to February 15th in Greece, at the heart of the winter. 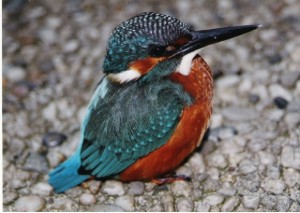 The Alkyonides days have been named after the seabird Alkyone, which has its eggs in those days. Alkyone, according to tradition, is a bird that symbolises tranquility, protection and calm of the sea. Although a migratory bird, does not leave, but it comes in the autumn and leaves early March. He bore his eggs in the slits of the rocks of the sea.
According to a medieval myth, the color of Alkyone at the beginning was grey, but when the biblical cataclysm flew high, her chest turned red from the sun, while her back was blue in the colour of the sky.
For the Alcyon conjugal belief, it is reported that when Alcyon's husband is older and can no longer fly, then the sister Alcyone takes him on her shoulders and always transfers with him, feeds him and treats him as death. 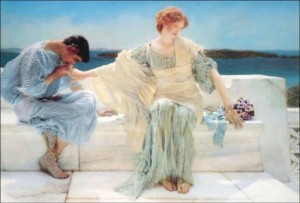 According to Greek mythology, Alkyone was the daughter of Aeolus, the god of the winds. She lived on the shores of the sea with her husband, Kikuka, and they felt so loved and happy that they likened themselves to the pair of gods, Zeus and Hera. For their disobedience, however, Zeus was so angry that she transformed Kikuka into a vulture. Alkyone, without knowing what had happened, was running everywhere to find her beloved husband. The gods of Olympus regretted her and transformed her to the seabird Alkyone, who seems to be looking in the seas to find her lost husband.
But the misery of Alkyone did not stop there. Unlike the other birds that gave birth in the spring or in the summertime, Alkyone was born in gravity, so the raging waves of her sea grabbed the eggs or the newborn birds, making her hopeless. Once again, the gods of Olympus were saddened and Zeus ordered for 15 days in January to cut the winds and the sun to heat nature so that Alkyone could kick the eggs and the birds to fly.

Alkyonides Days as a message of optimism 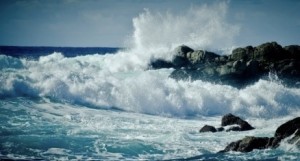 Nature shows us that everything is an alternation of situations: good and bad, bad weather (winter) and good weather (summer), life and death. All of this shows us that we live in a miracle we call "life." Alkylonides days, if we see them symbolically, carry a very optimistic message, that even in the "burden" there will be circumstances that will give us strength and courage, however difficult things are, so hopeful to wait for "spring" and the arrival of "summer", literally and metaphorically.